As an energy source, biomass can either be used directly via combustion to produce heat, or indirectly after converting it to various forms of biofuel. Historically, humans have harnessed biomass-derived energy since the time when people began burning wood to make fire. Even today, biomass is the only source of fuel for domestic use in many developing countries. Wood remains the largest biomass energy source today.

When biomass is broken down it releases carbon into the atmosphere, mainly as either carbon dioxide (CO2) or methane (CH4), depending upon the conditions and processes involved. 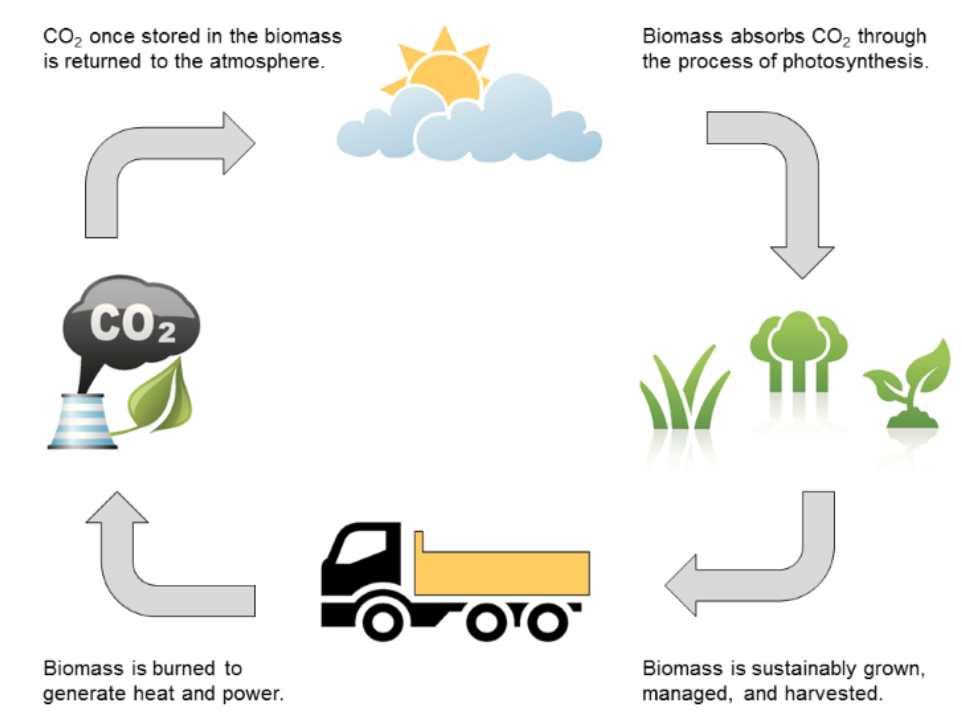 When fossil fuels such as coal, oil and gas are used for energy, carbon is released into the atmosphere as CO2, however these materials absorbed CO2 many millions of years ago.

The vital difference between biomass and fossil fuels is one of time scale. Biomass takes carbon out of the atmosphere while it is growing, and returns it as it is burned.  If managed on a sustainable basis, replanting with the new growth taking up CO2 from the atmosphere at the same time as it is released by combustion of the previous harvest, this maintains a balanced carbon cycle. By contrast, combustion of fossil fuels releases ancient stores of geologic CO2 that unbalance the earth's natural carbon cycle.

Small amounts of CO2 are released due to the harvesting and transporting of biomass but this can be offset by growing more biomass than we actually need for energy. This could lead to a reduction in the amount of CO2 in the atmosphere as well as providing us with a sustainable energy source for the future.